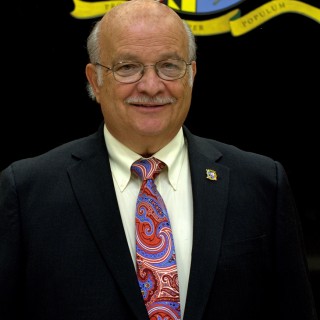 Council Member Michael R. Leszcz was elected to his twelfth term on the Laurel City Council on November 5, 2019 and sworn into office on November 26, 2019.  Previously, Mr. Leszcz was sworn in as Mayor of Laurel in October 2001, following the death of former Mayor Frank P. Casula, and served as Mayor until March 2002. During his twenty-three years of service on the City Council, Mr. Leszcz served as President of the City Council for seven years.

Mr. Leszcz came to Maryland in 1958, when his father (USAF) was assigned to the U.S. 2nd Army at Fort George G. Meade. Mr. Leszcz attended Maryland public schools and in 1964 graduated from Arundel Senior High School in Anne Arundel County. Mr. Leszcz served two years in the U.S. Coast Guard in both the Atlantic and Pacific Oceans on a Weather High Endurance Cutter, and attended St. John's University, Canal Zone College, and Delaware State University, returning to Laurel in 1969. Mr. Leszcz is employed by the Internal Revenue Service in Washington, DC, and is currently on a full-time collateral assignment as National President of the Professional Managers Association. Mr. Leszcz is married to the former Mary Eileen Morgans and they have three adult children; Michael (Heather), Katie (Eric), and Marianne (Brent).  Mr. Leszcz is the proud grandfather of Aiden Michael McKnight.

Prior to serving as Mayor and on the City Council, Mr. Leszcz was a member of the City of Laurel Planning Commission for seventeen years, serving as its Chairman for eight years. During his tenure on the Laurel City Council, Mr. Leszcz has served several times on the Maryland Municipal League’s Convention Planning Committee and the League’s Legislative Committee. In 2004, Mr. Leszcz was appointed to the National League of Cities Transportation and Infrastructure Committee (TIS) and served through 2010. He was reappointed to the TIS in 2013. In 2005, Mr. Leszcz was appointed by Governor Ehrlich and reappointed in 2007 and 2013 by Governor O’Malley to the Patuxent River Commission where he currently serves as its Chair.  In 2009 Mr. Leszcz was appointed to the Maryland Business Tax Reform Commission which issued its final report to Governor O’Malley in December 2010.  In 2004, Mr. Leszcz was elected to the Board of Directors of the Prince George’s County Municipal Association and served for nine years. In addition, Mr. Leszcz recently served on the Board of Directors for the Laurel Regional Hospital Foundation, and currently serves on the Board of Directors of the Federal Employee Education and Assistance Fund (FEEA).

Mr. Leszcz is a member of St. Mary of the Mills Catholic Church and the Laurel Board of Trade, and is a Life Member of the American Legion Laurel Post #60, the National Eagle Scout Association, and the Laurel Historical Society.