Skip to main content
Mosquito Spraying in the City of Laurel Sunday, August 14th
UPDATE: Phone service has been restored to City facilities

Residents and businesses in the City of Laurel now have a new option for local news. 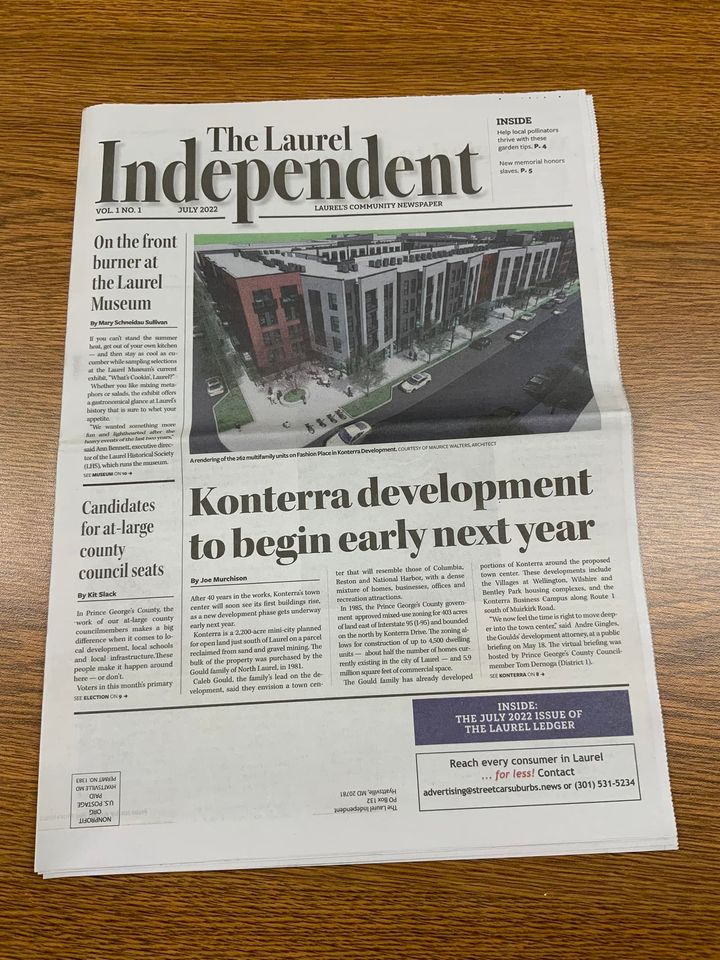 In a special message to readers in the paper, Managing Editor, Katie V. Jones writes

throughout the city of Laurel.”

Streetcar Suburbs, which also publishes the Hyattsville Life & Times and The College

Ms. Jones also writes, “ We’re launching this newspaper at a time when many others

are folding.”  She adds, “how exciting to go against the stream-and in a city clearly

news called The City of Laurel Ledger.  The Editor’s Note explains the process.  “While

the city of Laurel did establish a task force to spark this publication, the city is not

involved with editorial content of  The Laurel Independent. And while the city does pay

to have its own newsletter included with each issue of the paper, staff of The Laurel

Independent do not write or review the city’s pages.” 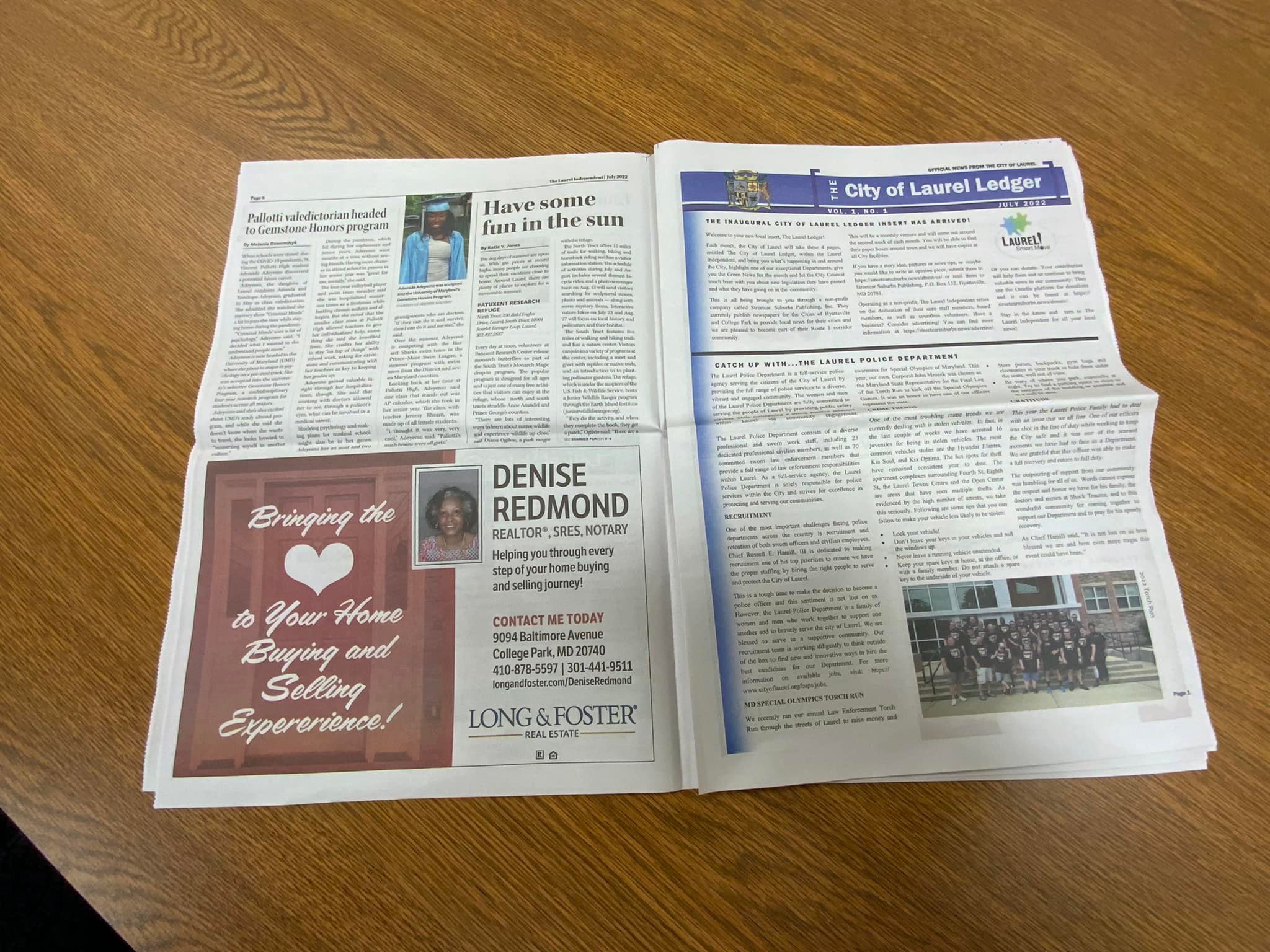 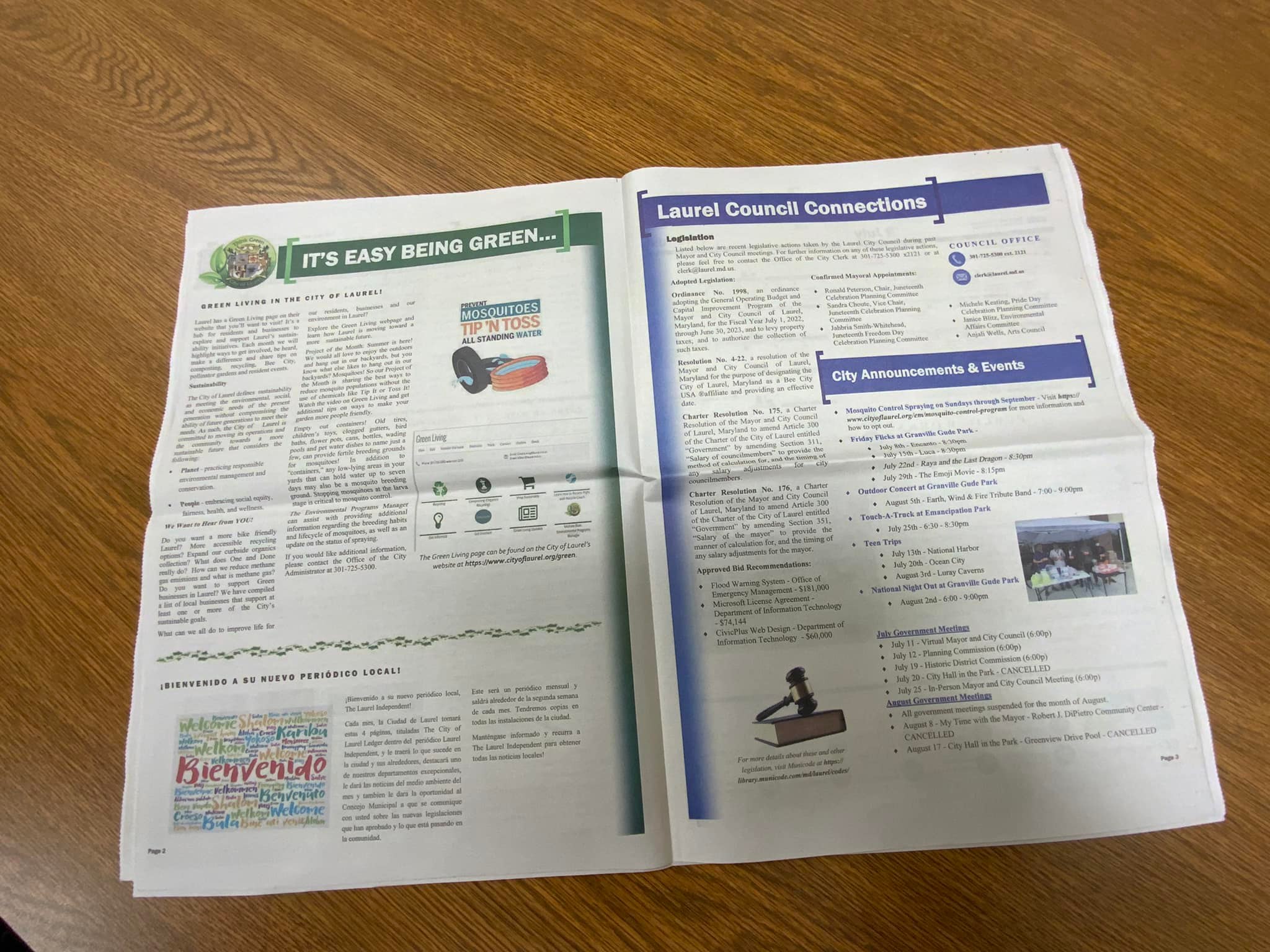 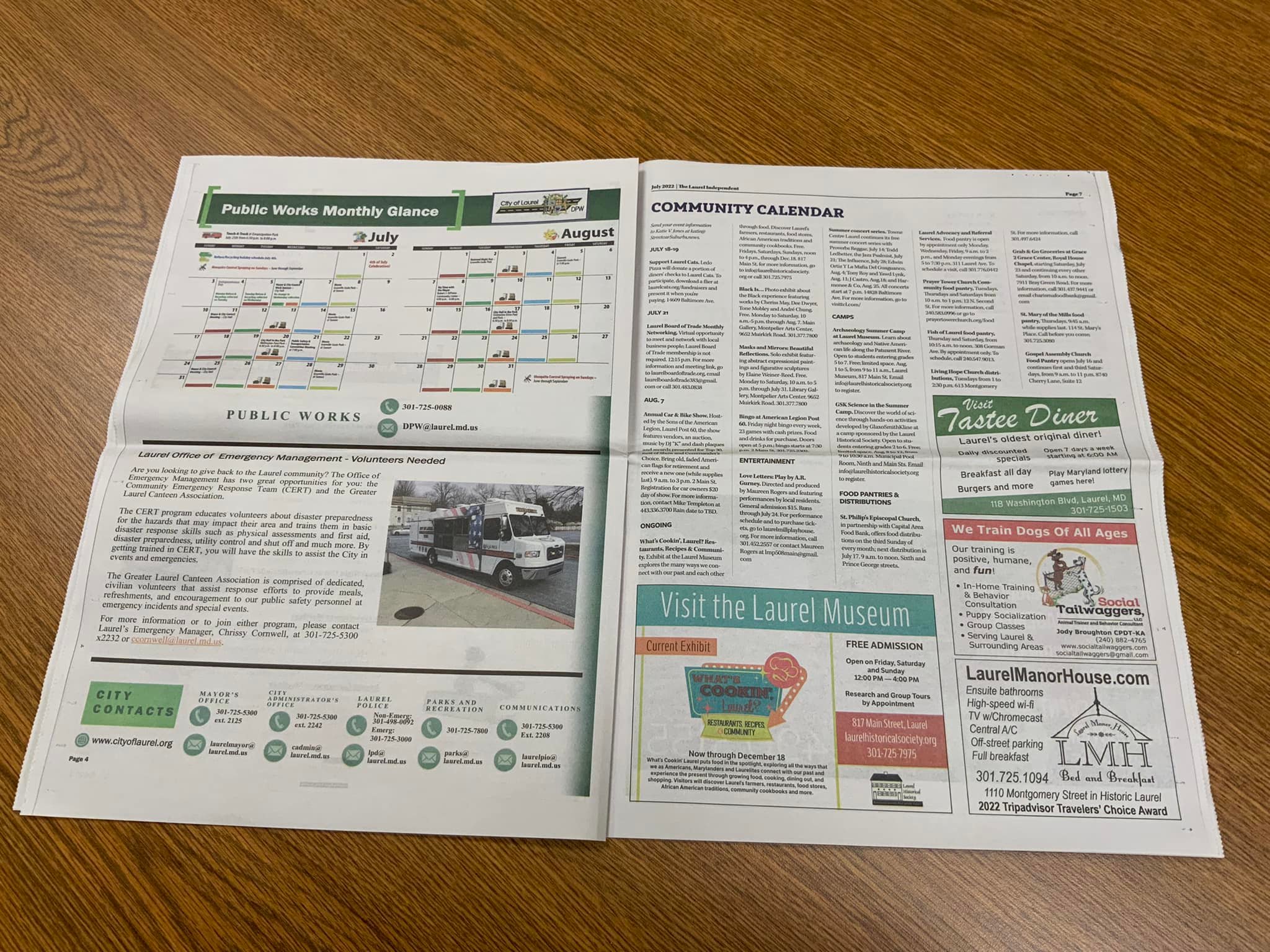 the City of Laurel jurisdiction. There are plans in the works to expand that in the future.