Please join Mayor Craig A. Moe in sending condolences to the family and friends of former Mayor Doris (Dani) Duniho who passed away last month. 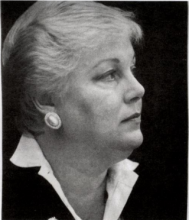 Mayor Duniho was the daughter of the late Col. And Mrs. Peter J. Negri and was raised in Ocala, Florida. She was married to Michael “Mickey” A. Duniho for over 55 years, and they were blessed with two sons.

Mayor Duniho served as a member of the Laurel City Council from 1980 to 1986. She was only the fourth woman to serve on the City Council-becoming the President of the Council in 1983.

Mayor Duniho and her husband Mickey were retired and living in Tucson, Arizona at the time of her passing on November 21, 2021.

To recognize Mayor Duniho’s service to the City of Laurel, Mayor Moe has ordered flags lowered to half-staff through 5:00 pm on December 12, 2021.