HISTORY: On June 19, 1865, word was finally received in the southern states of President Lincoln's signing of the Emancipation Proclamation, which had occurred two and half years prior.

So this day became a monumental moment that combined the month June and date 19, to make the word Juneteenth, which is the oldest nationally celebrated commemoration of the ending of slavery in the United States!

Take this day and every day to celebrate the significance of this day in African American history and recognize the heritage it brought to our Nation and City. 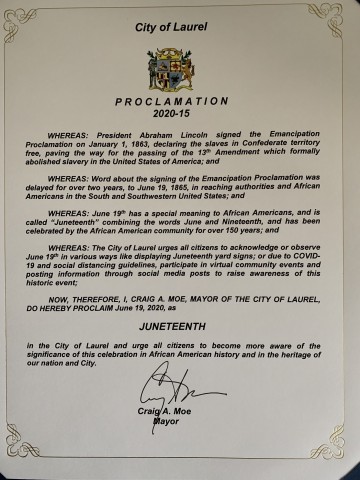