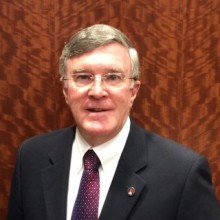 William Goddard has a long history in public service, which started with the Prince George’s County Fire Department. Mr. Goddard, as Chief Deputy, coordinated and managed the oversight of multiple Bureaus within the Prince George’s County Fire Department from Human Resources to Finance to Communications and Fleet Management, along with, but not limited to, Education and Training and Emergency Medical Services. He retired from this position in 1995.

Following his retirement from Prince George’s County, Mr. Goddard was selected by the Governor of Maryland to serve as the Deputy Secretary of the State of Maryland, where he managed numerous statutory responsibilities delegated by the General Assembly, in addition to serving as the Governor’s liaison to the three-member Board of Public Works. He went on to serve as Chief of Staff to the Secretary for the Maryland Department of Transportation, where he coordinated daily communication between the State’s Aviation Administration, Port Authority, Transportation Authority, State Highway Administration and Motor Vehicle Administration.

In 2009, after holding the position of Vice President for Development in the NAI Michael Company, he returned to Government service, to the position of Fire Chief in Howard County after being hand-picked by the County Executive. He held that position for almost 6 years, when he retired in 2015.

Mr. Goddard said he is “truly honored and humbled to have been selected by the Mayor and City Council to serve the citizens of Laurel as their City Administrator. While I will never be able to completely fill the shoes of my dear friend Marty Flemion, he has served as a mentor to me over the last 3 years and prepared me for any challenges ahead.” 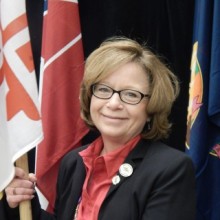 LouAnn Crook, the former Chief of Staff in the Office of the Mayor, started her career with the City of Laurel in 1989, at the Public Works Facility. She moved to the City’s Finance Department in 2000, when she took the position of Fiscal Manager. In 2002, Mayor Moe hired her as his Executive Assistant. It was in 2016 that Ms. Crook was picked to fill the new position of Chief of Staff and has held that position until her appointment as Deputy City Administrator.

In Ms. Crook’s almost 30 years with the City, she has earned a Master Municipal Clerk Certification, sat on numerous committees from Salary Review to the Hometown Heroes Banner Program. And Ms. Crook has dedicated her career to making the lives better for the citizens of Laurel.

Ms. Crook said, “I appreciate the confidence of Mayor Moe and the Laurel City Council in me by this appointment and confirmation. I look forward to working with Mr. Goddard in our new leadership roles.“

Mayor Moe says that “Mr. Goddard has fully demonstrated his ability to handle many complicated assignments, is always willing to take on major issues, solve problems and get the work of the people done. Mr. Goddard knows local government and has many years’ experience in State and County Government operations, which has prepared him to run the day-to-day operations of City government. And Ms. Crook has a long history with the City of Laurel and has the experience to lead City Government operations. Ms. Crook was the City’s first Chief of Staff, placing her third in succession of day-to-day management of the City. Ms. Crook is a proven asset for Laurel and will be able to hit the ground running as Deputy City Administrator.”

Congratulations to Mr. Goddard and Ms. Crook on their new positions!