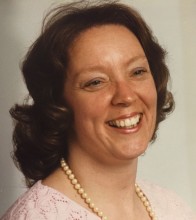 Councilmember Dean was elected March 16, 1998 and served one term on the Laurel City Council.  During her Council service, she was a member of the Citizens Advisory Committee for Persons with Disabilities, the Public Works Citizens Advisory Committee, the Cable TV Citizens Advisory Committee and the City of Laurel Tree Board.  She actively participated with the Maryland Municipal League Fall Conferences and annual Conventions.  Ms. Dean understood the educational value of the Maryland Municipal League while serving on the Council. She also enjoyed the networking of the Prince George’s County Municipal Association and appreciated the importance of County towns and cities coming together to support important matters of Municipal concern.

Councilmember Dean was an active elected official who saw her elected service as a significant opportunity to make the City of Laurel a better place to live, work, and play.  She was also an active member of Laurel’s faith community and held membership in Bethany Community Church.

Councilmember Dean enjoyed her elected service, especially for the opportunity it gave her to work with her brother, City Administrator Marty Flemion.  Mayor Moe served on the City Council with Ms. Dean during her term and shared that Ms. Dean was always prepared for meetings, and always asked questions to improve her own City knowledge and to share information with the public.  Mayor Moe stated it was his honor to have served with Ms. Dean on the Laurel City Council, and enjoyed her friendship and guidance over the years, after leaving the City Council.

Mayor Moe announced that the City of Laurel flags will be flown at half-mast until day of interment.  Councilmember Dean’s family will announce her funeral arrangements.