Released on February 15, 2018 - 4:09pm
A large contingent from Laurel was on hand in Annapolis on February 15, 2018 as Mayor Craig A. Moe testified before the House Environment and Transportation Committee on HB 531.  That's the "Move Over Or Slow Down " legislation aimed at protecting Sanitation Workers from motorists. 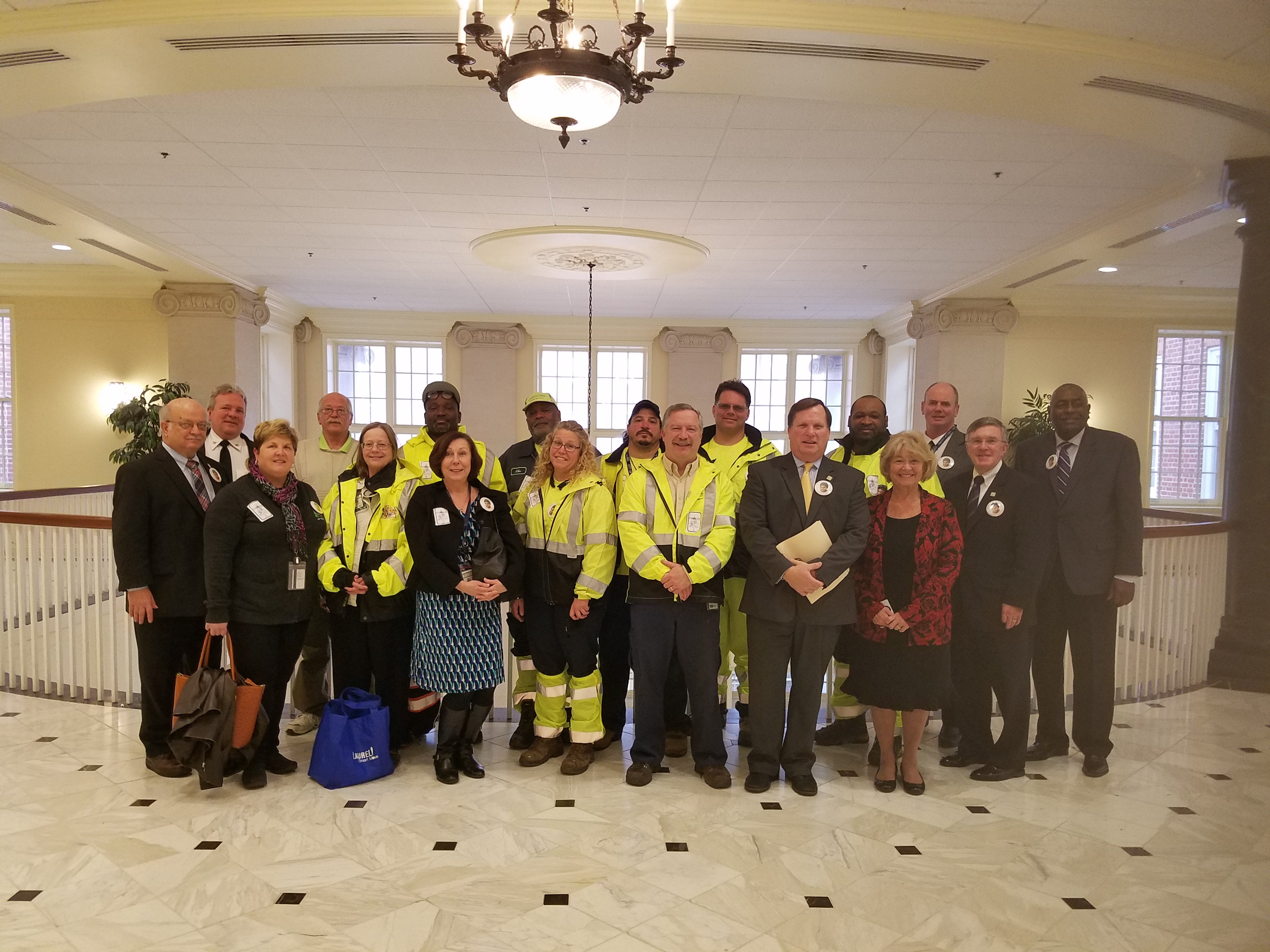