Skip to main content
Severe Thunderstorm Watch In Effect until 7pm, July 1, 2022
The City of Laurel parade and fireworks are set for July 2nd. Weather could force cancellation or delays. Check City of Laurel Facebook, @cityoflaurel Twitter or call 240-294-1307 for updates before coming out. 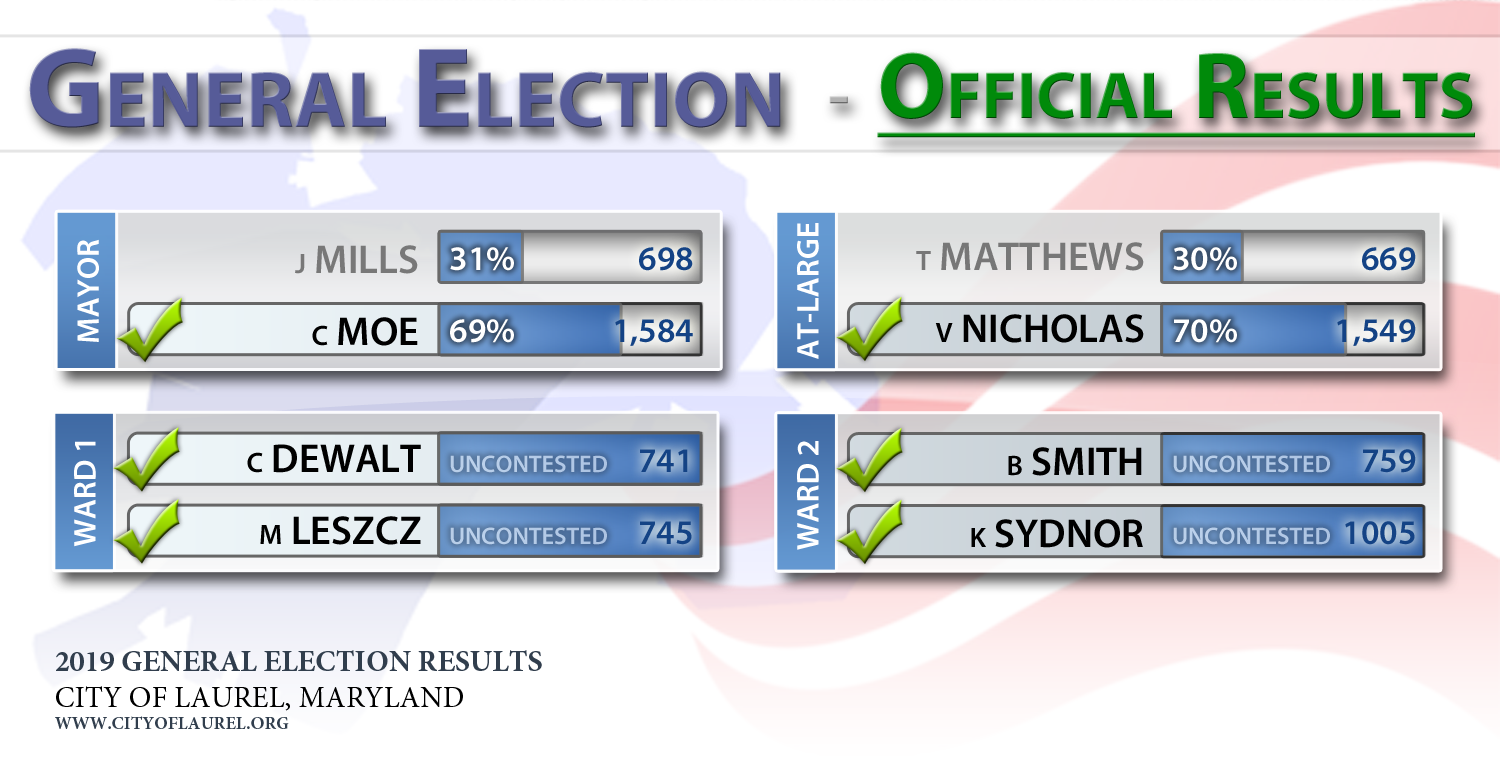 They Mayor of said city shall be a person of known integrity, experience and sound judgment, not less than twenty-five (25) years of age, a citizen of the United States, shall be registered to vote in city elections and a resident of said city for the two (2) years immediately preceding the date of his or her election. The Mayor shall hold office for four (4) years from the second regular meeting after the election in November of the year of his or her election and until the qualification of his or her successor. The Mayor shall remain a resident of the city while holding office.

City councilmembers shall be persons of known integrity, experience and sound judgment, not less than twenty-one (21) years of age, citizens of the United States, registered to vote in city elections and residents of the city and the ward for which they seek election for one (1) year (three hundred sixty-five (365) days) immediately preceding the date of their election. Each councilmember shall hold his or her office for two (2) years from the date of the second regular meeting after the election in November of the year of his or her election and until the qualification of his or her successor. A councilmember shall remain a resident of the city, within the ward from which they were elected and must remain a registered voter within such ward, unless elected at-large, while holding office.

All voters shall register in accordance with the laws, rules and regulations of Prince George's County.  Every person who is registered with the County Board of Elections and is a resident of the City of Laurel shall be entitled to vote in all City elections.

Qualified residents of the City may obtain a Maryland Voter Registration Application at the Laurel Municipal Center, 8103 Sandy Spring Road, Laurel, MD, from 9:00 a.m. to 5:00 p.m. Monday thru Friday.  You may also access voter registration information at the State Board of Elections at www.elections.state.md.us or the Prince George's County Board of Elections at www.princegeorgescountymd.gov