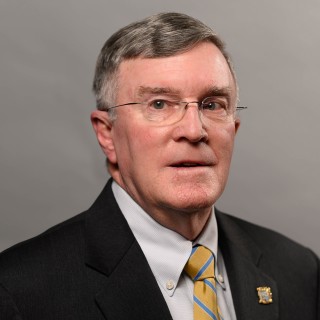 William Goddard has a long history in public service, which started with the Prince George’s County Fire Department. Mr. Goddard, as Chief Deputy, coordinated and managed the oversight of multiple Bureaus within the Prince George’s County Fire Department from Human Resources to Finance to Communications and Fleet Management, along with, but not limited to, Education and Training and Emergency Medical Services. He retired from this position in 1995.

Following his retirement from Prince George’s County, Mr. Goddard was selected by the Governor of Maryland to serve as the Deputy Secretary of the State of Maryland, where he managed numerous statutory responsibilities delegated by the General Assembly, in addition to serving as the Governor’s liaison to the three-member Board of Public Works. He went on to serve as Chief of Staff to the Secretary for the Maryland Department of Transportation, where he coordinated daily communication between the State’s Aviation Administration, Port Authority, Transportation Authority, State Highway Administration and Motor Vehicle Administration.

In 2009, after holding the position of Vice President for Development in the NAI Michael Company, he returned to Government service, to the position of Fire Chief in Howard County after being hand-picked by the County Executive. He held that position for almost 6 years, when he retired in 2015.